Freakonomics is one of the most popular podcasts on iTunes, discussing many fascinating and broad socioeconomic topics. It started in 2009 as a spinoff from the 2005 best-selling book “Freakonomics.” The show is hosted by the journalist Stephen Dubner, and the economist Steven Levitt comes onto the show as a regular guest.

At first, in the book’s writing, their partnership with the radio show and podcast has been very successful. You don’t have to be an economist to understand and enjoy the podcast. Here are some of the best Freakonomics episodes to look into.

Is There Really a “Loneliness Epidemic”?

With technology offering so many instant ways to communicate with friends and family worldwide, many people believe there is a growing level of individualism, superficiality, and surface-level connections. In Episode 407, podcast host Stephen Dubner talks to Eric Klinenberg, a sociology professor at New York University, about the “loneliness epidemic.”

There has been a lot of research emerging in recent years about the rising levels of loneliness in society today. We also read about the long-term effects of loneliness and its possible impact on health, wellbeing, and lifespan. In the episode, Dubner asks Professor Klinenberg some interesting questions on the rise of isolation and the current research’s validity.

You can also expect some insights from other experts and a look into top figures who have spoken openly about loneliness. Human beings are social creatures, so this is a great episode to explore our need for connection and why it is not being met. Perhaps, it can inspire some changes in behavior.

Why Does Tipping Still Exist? 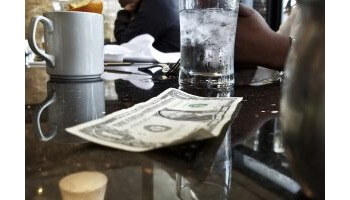 It’s standard practice to leave a tip for the server or waiter after eating at a restaurant, for example. There are standard practices about the best ways to do this and what percentage is acceptable. Different restaurants have different policies about how their staff can collect tips as well. In Episode 396, the podcast explores everything you want to know about tipping and why it still exists.

The in-depth look into tipping dives into its history and purpose. Some practical examples of companies who have adapted successful and not-so-successful policies regarding tipping are looked at. Tips are a significant component of the take-home pay of many restaurant staff. Still, with human beings being very unpredictable, that also means that their income is hard to predict. This challenge is one reason to ask why tipping is still the norm—a great dilemma worth thinking about in this much-listened-to episode.

What Can Uber Teach Us About the Gender Pay Gap? 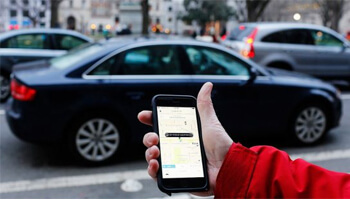 The pay disparity between men and women workers is an important issue that is far from resolved. In many sectors of the economy, there still exist gaps that are hard to explain away. In Episode 371, the gender pay gap is explored, focusing on ridesharing company Uber. Not only is this episode among the favorite ones, but it is also eye-opening and relevant to the growing gig economy participants.

The basis of this episode is a revealing study done on the gender pay gap in the gig economy. Data gathered from over a million Uber drivers reveal that their work’s flexible nature has not dealt a final blow to the gender issue in the workplace. In this informative show, you are taken through some of the key findings from the paper.

Some of the paper’s authors are guests on the show. They are economists and the chairman of the University of Chicago economics department, John List, from the Stanford Graduate School of Business; economist Rebecca Diamond; and economist Jonathan Hall, who leads the team in public policy and economics team at Uber.

How to Make Meetings Less Terrible 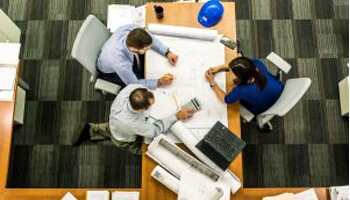 In Episode 389, you can hear more about the activity that takes up a lot of the workday—meetings. Some people love them, while many people can’t stand them. They are not all equal, and the level of usefulness and productivity very largely.

This episode is all about making the over 55 million meetings held in the U.S. each day a little less terrible. A range of creative solutions is explored with some insightful real-life examples. Improving the agenda of the meetings and reducing the invite list are both great starting points. 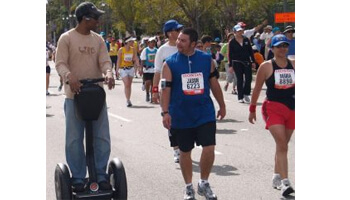 In Episode 383, the podcast host explores a solution to a question asked by many, often silently. We know what’s right for us, but it’s usually a struggle to do it. Eating healthy is good, but many people struggle to do it. Exercise, too, has many immediate and long-term health benefits, but for one reason or another, knowing this does not automatically wipe away the challenges we face with being involved in regular exercise.

If there was a way to get that much-needed exercise without spending the required time, the lines of people queuing up for it might likely be massive. Imagine a pill you could take to get your dose of daily exercise. The idea must sound like the solution to your problem.

If you are someone who enjoys exercising, then the exercise pill might not seem as appealing. The episode discussing such a possibility was highly popular, with over 2 million downloads alone. It was rebroadcast a few months later to keep the conversation going. You do not want to miss this interesting topic.

How to Become Great at Just About Anything Episode 244 discusses what everyone wonders. How can I become great! Stephen Dubner discusses how to improve yourself and if there is a science behind being successful.

For the Freakonomics listener, Dubner shares clips of a conversation from Psychologist Susanne Bargmann. The doctor mentions she had a dream of one day singing like Whitney Houston. Then life happened. “So we started looking in other directions to try and figure out why or what would make us improve.”

Which is where she found deliberate practice research from Dr. K. Anders Ericsson. Stephen Dubner and Steve Levitt discuss Dr. Anders Ericsson’s research and attempt to uncover if talent is overrated.

Why Is This Man Running For President? With the 2020 Election behind us, episode 362 seems a bit out of date. However, it is one of the most listened to episodes of and makes several podcast list.

The host of Freakonomics, Stephen Dubner,  discusses Andrew Yang and his run for president in 2020. Although the election has ended, the concerns presented by candidate Yang may still appeal to you. He discusses how belief regarding prosperity and the “war on normal people” drew him into the race.

Yang believes we are blasting communities to dust and that the problem continues to grow. Give it a listen and see if he doesn’t present solutions we may want to continue to work for as we move into the future. The controversial theory linking Roe v. Wade to a massive crime drop is back in the spotlight as several states introduce abortion restrictions.

Controversial episode 384 tackles the link between abortion and crime. With so much discussion about Roe v. Wade currently in the news, this episode withstands time.

In this show, you get a little history of the court ruling that held abortion decisions were between a woman and her doctor. You get information regarding research by Steven Levitt and John Donohue.

Levitt and Donohue discuss unwantedness, their research surrounding abortion, and the decline of crime in America. The belief that abortion might be good for society as a whole. The Cobra Effect (Ep. 96) is a term coined by German economist Horst Siebert. It is an unintended consequence of trying to control everything.

It all started in Delhi, where a bounty was placed on cobras’ heads by the government. People began scheming to make money off the bounty by farming cobras and cashing in. When the bounty ended, the cobras that were no longer making money were released, exacerbating the cobra “nuisance” issue.

So is the incentive process really beneficial to the system, or does it do more harm than good? That is the question this episode hopes to address.

The Economics of Sleep, Part 1 With all the health issues related to a lack of sleep, episode 211 discusses whether it can also explain the income gap.

In the first part of the series, the host attempts to answer a few questions surrounding sleep. Or the lack thereof. Is insufficient sleep taken seriously enough? Who sleeps more? To answer these questions, as with every episode, Stephen Dubner calls in experts to address sleep. The economics of it. The health of it and everything in between.

Since sleep is so interesting and so important, there is a part 2 to this episode. Be sure to check it out too.

Yes! You can find and listen to Freakonomics on all the places you find your podcast. Like iTunes, Spotify, Stitcher, and even directly from their site. If you aren’t interested in a podcast app Freakonomics also airs on Sirius XM Radio and public radio stations across the country!