Anyone who is a fan of comedy and history will love the popular podcast known as The Dollop. Hosted by comedians Dave Anthony and Gareth Reynolds, the show has been airing since April 2014. There are over 400 episodes, so if you are ready for some peculiar facts from the history books and a good laugh, here are some of the best Dollop episodes to start with. 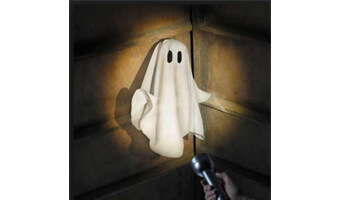 One of the highest-ranking of The Dollop, according to listeners on Owltail, is an early Episode 4, which was titled “Ghosts.” In this episode, the two American comedian hosts discuss ghosts’ situation, both in America and abroad.

This show runs for just over an hour. Ghost stories have been told throughout history and are often the subject of horror movies. Some people believe them, while others do not, but whichever side you’re on, this episode is a funny one, undoubtedly.

Politics tend to be a highly divisive topic—both now and in the past. People often hold their political views and inclinations very firmly, with very little to no wiggle room at all. President Trump has had a rocky term in office, but he was always a high-profile individual and businessman before he became president.

In Episode 300A aired in November 2017, the hosts endeavor to examine the life of Donald Trump. This episode also ranked very highly among listeners on Owltail. You might want to give this episode a listen to hear more about the man himself before he was president. Expect to hear more about the businessman, the TV show host, and the author in this highly popular episode.

You may also want to check out Episode 300B, which is part two 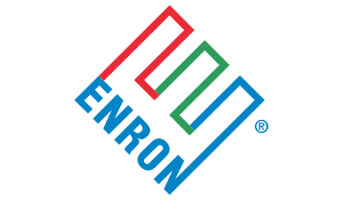 In Episode 239, podcast hosts Dave Anthony and Gareth Reynolds take on a company they call a “Wallstreet darling.” Aired in February 2017, this episode goes into the Enron scandal. The fall of a large energy company into bankruptcy and the ensuing dissolution of one of the largest audit companies—Arthur Andersen—is a tale with many twists and turns. Expect a lot of humor injected in as the comedians break down this momentous, modern-day financial scandal. For more information on what happened, you can see the details here.

In Episode 418, the comedians look into famous entrepreneur Doug Evans as well as his company Juicero. Its breakthrough product was a fruit and vegetable juicing machine, but it wasn’t cheap. The episode was recorded live at the San Jose Impro.

The juicing company was born out of Silicon Valley and was hugely popular until it defunct in 2017. In this episode, the hosts dig down into what went wrong and other Silicon Valley challenges. If you are interested in startup companies and how seemingly successful companies eventually fall, you can learn a few things from this episode. 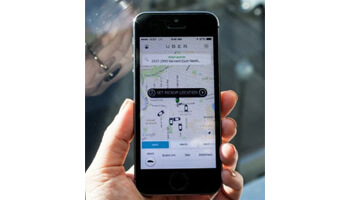 Episode 271 was all about Uber. It was aired in June 2017 and was highly rated by listeners. While it’s a long time since then, and the ride-sharing app has made significant progress and changes, there’s nothing like a look back in time for some good laughs. You can judge for yourself how much has changed and how much has not. Join the hosts as they examine the company in the earlier years. 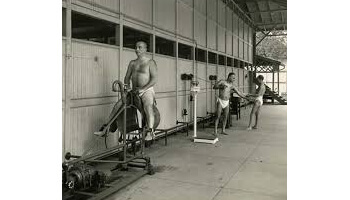 Cereal is one of the most enjoyed breakfast foods in the US and the world over. It is easy and convenient to prepare, and there is so much you can do with it. In Episode 46, the podcast hosts, comedians Dave Anthony and Gareth Reynolds, go live with Patton Oswalt, a comedian who appeared in the popular sitcom “The King of Queens.”

The topic for this episode is all about how cereal was created in America. It was released in January 2015 and was a hilarious and eye-opening take on the history of a food class we often take for granted. Be prepared for some weird findings.

In another live episode, you can hear the comedians’ take on the early history of the state of North Carolina. Episode 295 aired in October 2017 and is a 2-hour podcast worth a listen. Learn some fascinating history on the building of that state.

One of the most American holidays is the Thanksgiving celebration. There is a rich history of how the day was first celebrated to what it is today. It is a time for families to come together, share a meal, and express their gratitude for the many blessings in life. In Episode 35, released back in 2014, the show hosts take some time to examine the Thanksgiving Day holiday. 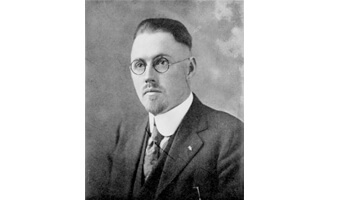 Becoming a doctor takes many years of both theoretical and practical training. Doctors have a highly esteemed place in society because of their dedication to their patient’s health and well-being. The medical field and practice of a doctor are not to be taken lightly. It is a life and death matter.

Every once in a while, you hear about someone who pretended to have a qualification they did not. That was the case with John Brinkley, who fraudulently claimed to be a medical doctor in the earliest 20th Century. His story is unbelievable; you can listen to the hosts break down John Brinkley’s story in Episode 62.

George Waddell was a lesser-known pitcher at the turn of the 19th Century. He became nicknamed Rube and is known as one of the greatest strikeout pitchers of all time. Setting every pitching record there was.

Rube never received a formal education. At the beginning of his minor league days, he threw the ball at the players to get them out.  He was so good at striking a batter out that he would send all the other players off the field.

So it goes without saying that he was considered eccentric. Listen to this off-the-wall story of Rube Waddell in Episode 12.

Recorded live at SXSW in 2018, the guys are joined by James Adomian (The Better Bernie Sanders) in this episode.

The inspiration for the 1908 race was the 1907 Peking to Paris automobile race.

The New York to Paris race started at Times Square and traveled across the US. The contestants then headed north to Canada, a left at Alaska to cross a FROZEN Bering Strait. Once across the Strait, they hit Siberia, where no car had ever traveled, to Moscow, Berlin, and Paris. A 22,000 Mile feat on a car usually averaging a life of 10,000 Miles and no gas stations on every corner.

Hear it all in Episode 323 and find out if a winner is crowned!

Episode 23 is about a destroyer, The USS William Porter, nicknamed the Willie Dee. A bunch of inexperienced Navy men ran this ship during World War II.

The Willie Dee was assigned a super-secret mission within four months in commission. They had to leave Norfolk to rendezvous with the USS Iowa to pick up President Roosevelt and take him to North Africa.

The mission was hampered with mishaps from the onset, like an anchor snagging a neighboring ship and pulling it apart. Then having to drop its fuel to prevent running aground before ever getting out of Norfolk.

Within 48 hours, during training exercises, they had a depth charge explosion as it rolled off the deck into the sea.

That was just the beginning of the mission! You have to hear Dave tell this story! Listen to this episode to see what else they encounter.

Sports episodes seem to be big hits with listeners, and Episode 15 does not disappoint!

The last forfeit of a professional baseball game was 10 Cent Beer Night. This was a Cleveland Indians promotion during a game against the Texas Rangers at home in Cleveland on June 4, 1974.

The plan was to draw more fans to the game by offering 12oz cups of beer for 10 cents each! Although there was a six beer limit per purchase, there was no limit of purchases. So “inconceivably,” the crowd got seriously intoxicated.

Due to a bench-clearing brawl during their previous meeting, many Indians fans held a grudge. Then twice the number of fans were drawn by the beer promo and quickly became unruly! It all culminated in the 9th inning when a riot broke out, which caused the game to be forfeited.

Check out Ronald Reagan w/ Patton Oswalt (Part One) first because one always comes before two. Ronald Reagan’s presidency was rife with issues. One of the biggest, of course, is the handling of AIDS. However, there were others.

Officially a recession in 1982, unemployment was up 10.8%. Reagan was telling people there were help wanted ads, so if unemployment was so high, it was because people were lazy and didn’t want to work. Meanwhile, Reagan still kept asking for tax cuts.

During Reagan’s presidency, the White House also funded the Mujahideen run by a young Osama Bin Laden. And considered Montt, who later was found guilty of genocide, “A Man of great personal integrity and commitment.”

Of course, this episode is made funny by the commentary, but the history of Episode 400 (Part Two) is heartbreaking.

How do I listen to The Dollop podcast?

The Dollop can be found wherever you get your favorite podcast. Spotify, Apple iTunes, Podbean, Iheart Radio, and even catch The Dollop on Audible!

If you aren’t familiar with podcast apps or are just old school. You can also go to their podcast site page on All Things Comedy to have a listen.

Who writes The Dollop?

Dave Anthony writes The Dollop episodes. Anthony has generally researched the episode’s topic, presenting it to his co-host, Gareth Reynolds. Reynolds usually has no idea what the show will be about and is hearing it all for the first time, just like the listeners.