5 Best Podcasts for Musicians Which you Definitely Need to Hear

Podcasts for musicians are both addictive and fascinating at the same time. They efficiently tell different stories cited behind the music and reveal everything that is available in the secret sauce. These podcasts also contain some incredible stories about legendary musicians.

You will find podcasts in which moments are recalled from the past, whereas in some interviews are conducted. Musicians have a lot of skills other than just playing an instrument or singing. In this article, we have listed some of the best podcasts for musicians. 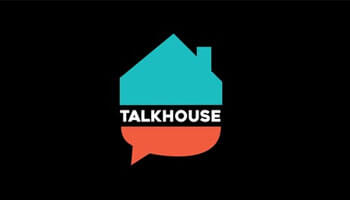 As the name suggests, in this podcast the hosts take one song at a time and talk about everything related to it. From the notes used in the song, to the backdrop story, the episodes of this podcast tell it all.

As the popular saying goes that ‘the one who talks about the works of others are known as critics and those who talk about their own work are known as artists’, similarly in this podcast, multiple artists are brought together who discuss their favorite songs in each episode.

What I absolutely love about this podcast is the way they preach self appreciation and love towards others’ work. In each episode, they make it a point to point out what they love about each other’s music. The podcast is produced by Elia Einhorn. This podcast is a branch of the talk house website which is successfully run by Editor Brenna Ehrlich.

Talkhouse is a media company and an outlet for musicians, filmmakers, artists and other similar people from the same field. This podcast has episodes talking about the writings and conversations about the music and film industry.

Best Episode: The episode of this podcast is the Chicago-centric episode which features Spenser who chats with Jeff Tweedy’s son​ and Max Kakacek of Whitney. They talk about doing music in Chicago’s rock scene, Jeff Tweedy’s studio and even about the possibility of them collaborating together to produce some awesome music. 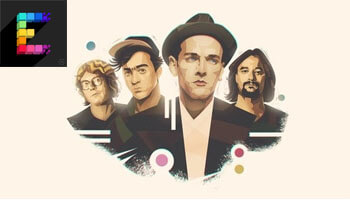 This podcast takes its listeners to a different world, one where everything is related to music. In each episode, the host picks up a song and discusses the various layers of the song with the musician panel. They also confide in their listeners the whole story, chunk by chunk on how the song was made.

This podcast releases two new episodes in a week. In every episode, a different artist is featured who narrates the story of the song. The host along with the guest of the episode mainly “deconstruct” the song into several components and talk about the behind-the-meaning of the lyrics.

Being hosted by Hrishikesh Hirway, this podcast will surely take you down the nostalgic memory lane. When you listen to this podcast, it feels like you are watching a master chef cook where the cook has collected all the ingredients and has been successfully able to compose a delectable dish.

Best Episode: This podcast has a total of over 80 episodes and counting. It is quite difficult​ to choose a single best episode, however, the episode named ‘Multi-love by an Unknown Mortal Orchestra’s Ruban Nielson’ in which he plays with a broken synthesizer is my current favorite.

Although completely out of tune yet the broken tune of the synthesizer seems amazingly soothing. He also talks about his favourite tunes and leads the listeners on, on some of the behind-the-scenes stories. 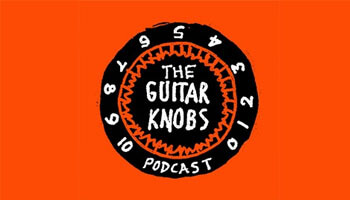 Knobs were first telecasted in 2015 and since then its success has known no bounds. In each episode, they talk about the different types of gears that include guitars, amps, pedals, and other similar ones and teach how to play notes on each of them.

Guests from the guitar world are interviewed in each episode and the listeners are ensured to have a fun time listening to the experiences shared. Steven Drozd of The Flaming Lip, Lee Ranaldo of Sonic Youth and Dan Deacon are some of the famous personalities who have featured on this podcast.

Just as the name implies, Knobs is all about sounds and discussions are carried out on the various sounds produced by different combinations of notes in each episode. It is all about finding and honing a sound through several types of equipment and techniques.

Ranaldo hosts the show and his manner of speaking is amazingly interesting and it will surely keep you hooked to the end of the episode. There is this one episode where Jason Lytle of granddaddy takes the hosts into his home studio to discuss the techniques related to several productions. This particular episode has grabbed the maximum eyeballs so far.

Best Episode: The best episode recommended in this podcast series is the one where​ Nels Cline talked about his work in Wilco. He also talks about one of his famous albums “Lovers” and his extensive guitar collection. He leads on the listeners into many of his life stories and how his music helped him survive each problematic phase of his life.

4. No Effects with Jesse Cohen: 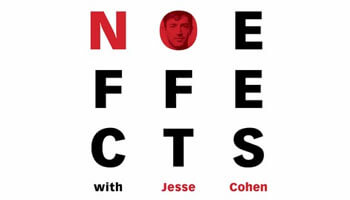 Jesse Cohen hosts the shows “No Effects with Jesse Cohen” who interviews different guests in each episode. They are usually from the musical ilk but all don’t belong to the same background. The host leads on the backdrop stories of these musicians and the struggles they faced to reach where they stand now.

Cohen is extremely witty and his open-ended dialogues make the podcast even more interesting. The guests speak about their initial struggles in the music industries and challenges they faced while making a place for themselves among the crowd in the industry.

They give considerable insight into their personal lives. Some of the famous personalities to have featured on this podcast are Ali Shaheed Muhammad and Peggy Wang. Wang talks about his journey after he quit the band and started to serve as one of Buzzfeed’s editors.

These conversations are believed to cover several topics, and each episode revolves around the artist’s story of how their journey began in the first place and their early experiences which have shaped them into what they are today. The podcast features interviews with numerous artists and people who do music.

Best episode: MNDR’s interview makes one fascinating episode. It has the highest rating so far and it was well received among the audience. Episodes that feature interviews of other famous personalities like Albert Hammond Jr. of the strikes or Ezra Koenig of Vampire Weekend also has a good rating.

In that particular episode, she recounts her experiences of growing up in farms in North Dakota, auditioning to play bass for Hole, and about writing some music in the warehouse.

Finding the right set of audience is quite a daunting task and requires exceptional entrepreneurial skills along with the willingness to experiment with your music. This podcast is really inspiring and the episodes talk about how people from different walks of life face struggles and challenges in their lives and how they stand up against them.

We are all aware that making music is not at all easy but if one is able to build a career in music then it is unique. An entrepreneurial mindset is needed to find the right audience for your music and also see that it is appropriate. It requires a lot of hard work and the willingness to experiment to make it work.

The episode covers every topic related to the music industry, literally everything from legally selling a cover song, tips and tricks to build a website better or to deal with negative press and reviews. The podcast’s hosts bring different experts on each topic.

The experts are from the music field and they can be artists, promoters, publishers, lawyers, etc. Different artists are featured in the podcast along with their interviews of all styles and backgrounds. The podcast focuses on independent musicians who are eager to build a successful musical career.

The hosts Kevin and Chris work with numerous artists at CD Baby and are actively releasing and promoting the music of their own.

Best Episode: The round table discussion on “How to craft your story” reinforces the idea that an artist’s narrative leads a listener to a place. The show was also joined by a Music Publicist Dmitri Vietze to help several musicians discover their own stories and then tell it to the audience.