Trixie Mattel is one of the biggest breakout stars of Ru Paul’s Drag Race, so you can bet that they make for a perfect podcasting host!

Want evidence of this? You should check out the Bald And Beautiful podcast! 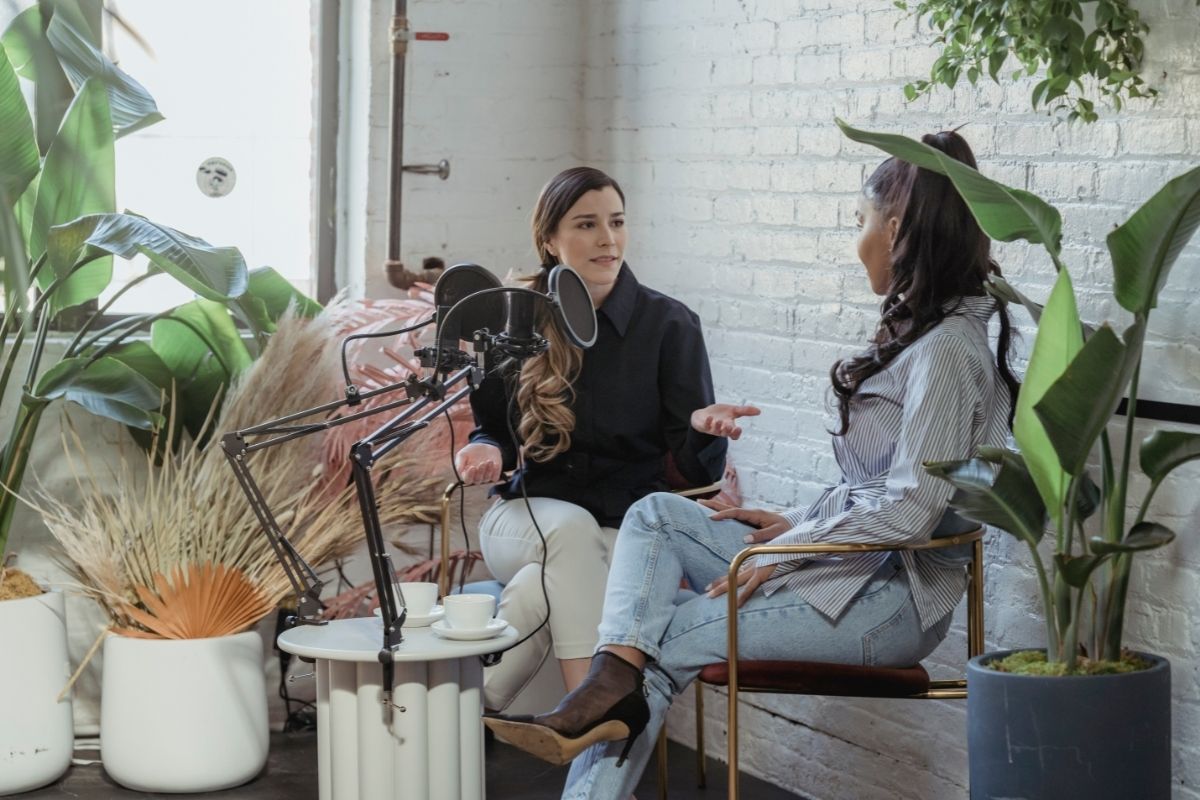 It’s a magical podcast full of laughs, joy, and all of the energy you would expect from a drag queen of Trixie’s caliber.

There’s quite an extensive list of episodes of the series, each of which contains a very different slew of guests and topics for Trixie to dig into, and as such, you might be wondering what the best of those are; well, luckily, I’ve put together this all-in-one list of the best episodes of the series that you can check out right now.

So, read on below to get started!

Hot In Many Circles

Trixie is joined in this episode by Katya Zamo, who joins to have a fairly intimate discussion with Trixie about the worldwide obsession with weight and why we need to change how we view it for healthier minds and bodies.

This leads the two to bring up some interesting ideas to get you thinking.

The two also give some of their best loneliness tips to use when isolating throughout the pandemic. Still, those same tips are also handy outside of the context of the pandemic, making the episode just as helpful as it is funny.

A Can Of Beans In The Dishwasher With Trixie’s Mom

To celebrate mother’s day, Trixie brings her own mother onto the show, which leads to a heartwarming and insightful episode that will help you better understand who Trixie is as a person, and the unique and sweet relationship she has with her mother.

And don’t worry, just because it is Trixie’s mother on the show does not mean that the conversation is hampered in any way, and the no-holds-barred style persists as Trixie and mother discuss things such as drug addiction, aliens, secret cults, and family drama.

The love between the two is clear and evident throughout the episode, which helps to make it very powerful, and will help you better appreciate Trixie as a host.

You will feel much closer to her by the episode’s end.

Monet X Change is another wildly popular queen and alumni from the school of Ru Paul’s Drag Race, so I can guarantee you that this episode is an absolute treat if you are a fan of the series.

This episode sees the two come together to discuss how they plan on celebrating pride and why they are excited about it.

It’s heartwarming to hear them discuss a holiday that means an awful lot to them, and it’s very special to find out how they celebrate it in their own unique ways.

Of course, the two also discuss other topics, including the secret lives of some of Hollywood’s biggest stars.

This allows the two to gossip in true drag queen style, which leads to some hilarious stuff that will have you howling with laughter.

The Sound Of Music With Frisbee Jenkins

Frisbee Jenkins is a drag queen from Iowa, and in this episode, Trixie invites her onto the show to discuss what it is like to be a drag queen within the state.

This also leads the two of them to discuss their early days as drag queens, which leads to interesting discussions that will help you appreciate how far each of them has come.

Frisbee makes for an excellent guest on the show, as they have a great sense of humor, and they can get along with Trixie to create an episode that stands as a veritable drag queen treat!

A Baby In An Asbestos Bag

This episode alone features some of the wildest and craziest discussions that the show has to offer!

In this episode, Trixie and Katya discuss many topics as the two take to the show to chat.

This episode has become a favorite amongst fans because it allows the two hosts to relax in one another’s company and chat about whatever takes their fancy.

Hearing Trixie and Katya be a little more candid and a little less performative is terrific, so the episode is one of the best things to tune into if you are a massive fan of either of the two queens.

Macy Rodman is a fantastic musician with an incredibly eclectic musical style. This episode is dedicated to exploring and celebrating that music, as Trixie and Katya take the opportunity to ask about Macy’s influences and how she manages to create such imaginative and creative music.

They also talk to her about her impressive Caitlyn Jenner impression, which gets Trixie and Katya laughing in no time.

It’s a laugh-a-minute affair! It is a surprisingly on-point impersonation. They also discuss Wendy Williams and her often unintentional comedic genius on her show.

This is an incredibly moving episode as the two hosts look back at the first ever episode of The Bald And The Beautiful, which allows them to look at how far they have come and how massively their audience has grown with time.

This episode is an easy candidate for one of the best of the series because it features some of the show’s best material and directly celebrates everything the show has achieved and represents.